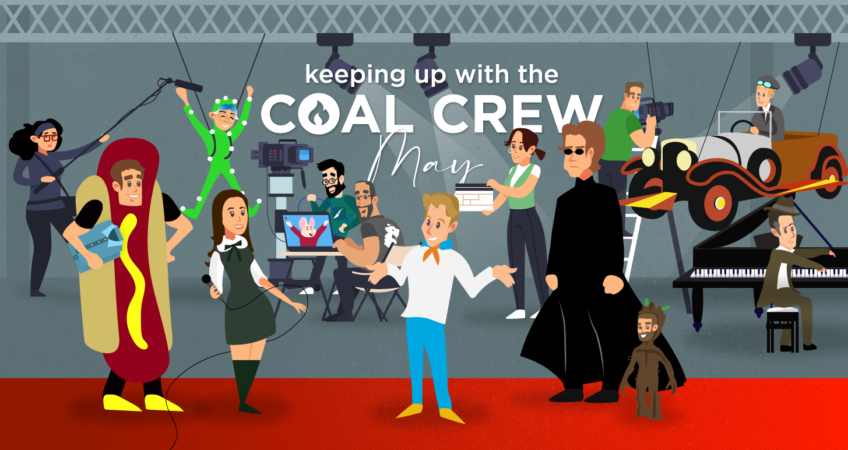 Get your popcorn! It’s time for some summer biopics — Coal Creative style. For this month’s Keeping up with the Coal Crew, we asked everyone on the team to cast someone to play them in a movie about their life. Some people were quick with a celebrity doppleganger, others made their picks based on a vibe, while others needed some suggestions.

In place of a preview, I’d like to call your attention to the cover image of cartoons of the entire team in movie regalia. Coal’s Chief Creative Officer Sam O’Connell creates them every month, but this one shines brighter than an Oscar statue.

Here’s who should play us in a movie with a bit of an explanation. We also lined up side-by-side photos in case any Hollywood agents happen to stumble on this blog (Keanu, have your people call me!).

Since I tipped my hand about Neo, A.K.A. John Wick, A.K.A. Ted Logan, we’ll start with me: Adam Roberts, Content Writer.

“I went with Keanu Reeves. The comparison starts with the beard and sick flow. I think Keanu’s catalog fits a few facets of my personality. I hope in his role as me, he can play up his effortless cool as well as the fact that I’ll kill a man for messing with my pooch!” 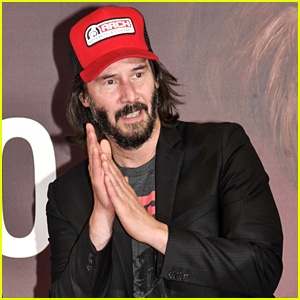 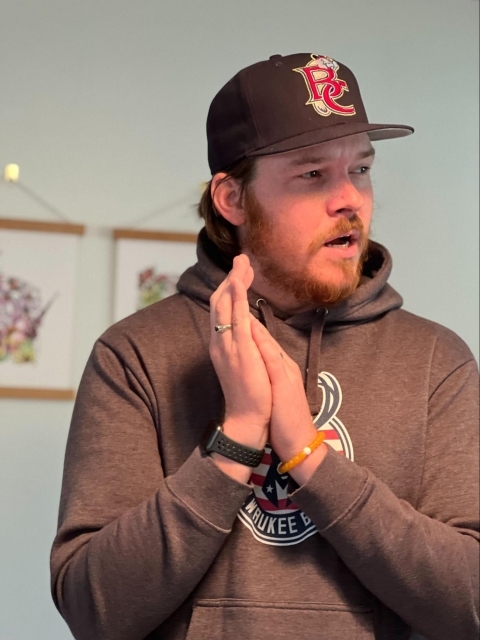 “I would trust Tim Robinson to portray the situational comedy that is my life,” said Will McHale, Post Production Manager.

Robinson is best known for his insanely funny Netflix show, I Think You Should Leave. That is until the Will McHale story graces the silver screen. 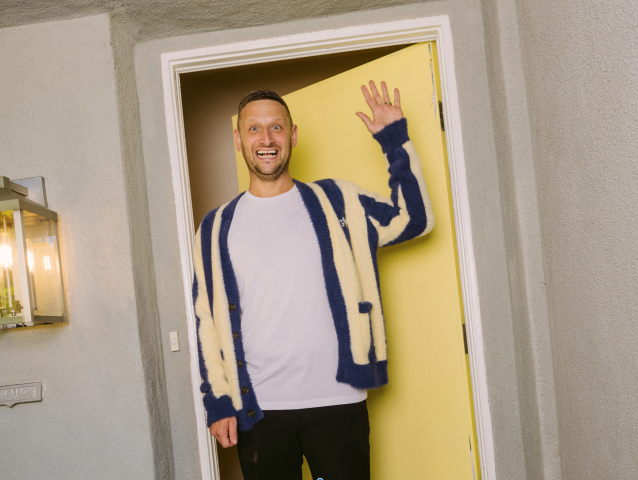 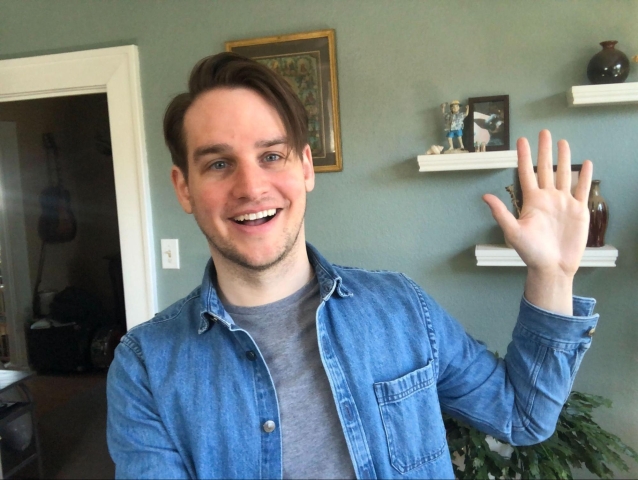 Matt Simoncavage, our Lead Web Developer and Lead Designer, is a tree (it’s a complicated inside joke). As is Groot from the Guardians of the Galaxy. It’s only natural that Groot would play Matt in a movie. Vin Diesel, the muscle-bound street racer with a deep love of family, plays Groot. By my calculation, Matt is being played by Vin Diesel.

I think that clears it up. 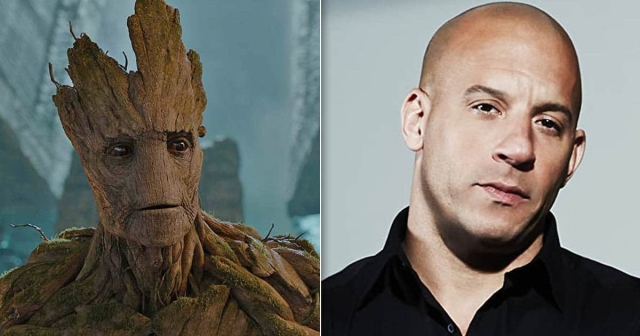 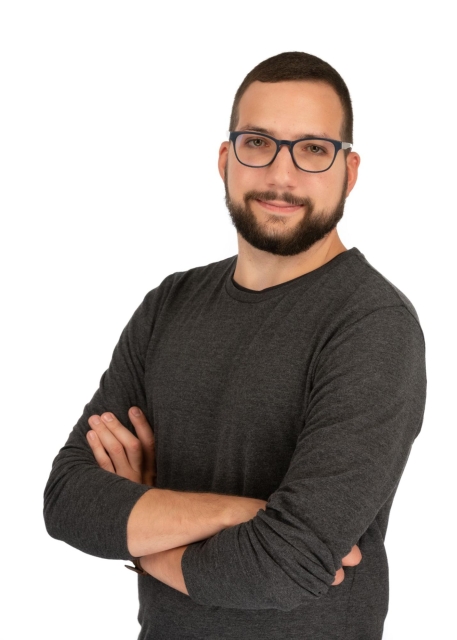 Let’s move from one tough looking bald guy, who is really quite sweet once you get to know him, to another. Project Manager Jeremy Brown would be played by Game of Thrones star Kit Harrington.

“He kinda looks like a handsome version of younger me, which matches the false memories I’ve implanted about myself during my tumultuous twenties,” Jeremy said. 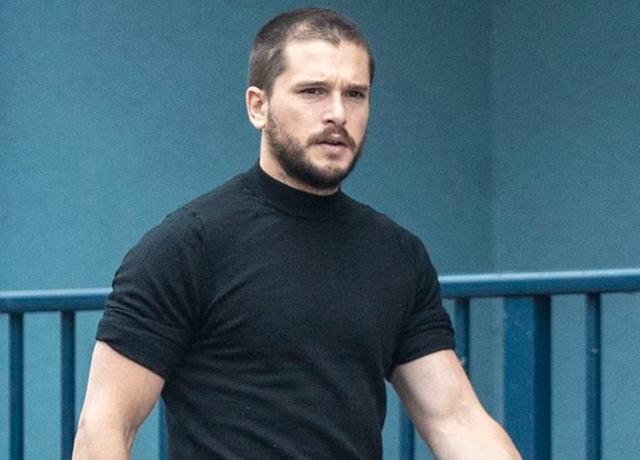 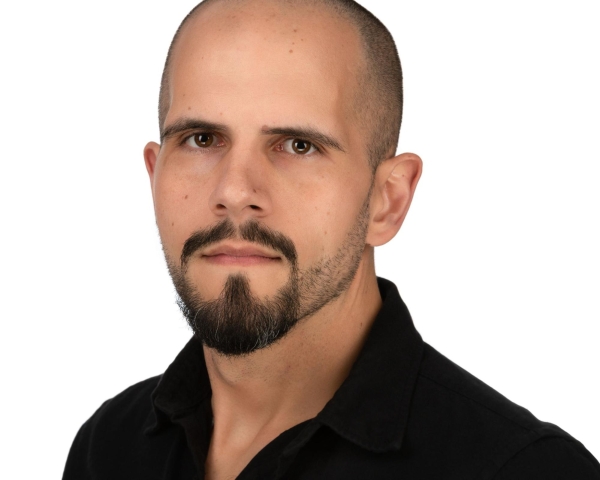 Coal Creative’s CEO Holly K. Pilcavage cast herself based on looks and vibe.

“I think I am going to say Zooey Deschanel because we kinda look alike, but more so because she took my personality and made it famous first,” said Holly.

As a youth, Holly steered clear of most of Zooey’s work except for 500 Days of Summer (who could resist?). The pandemic gave her a chance to binge New Girl. The relatable role turned Holly around.

That’s when she knew if there was ever a hypothetical question about who would play her in a movie the answer would be Zooey Deschanel. 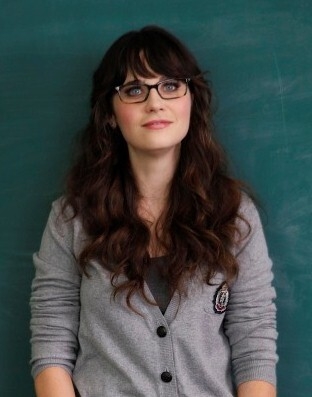 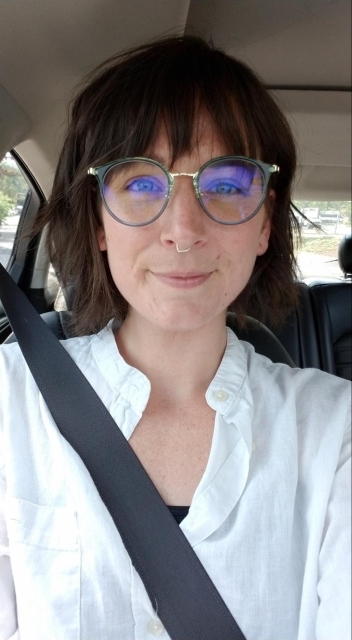 Travis Antoniello has a beard and longish hair. As the Web Developer and Technology Specialist at Coal Creative he fills a techy role. He’s also a pretty blunt dude with a dry sense of humor.

If you watch Silicon Valley, the character Gilfoyle may come to mind. The wise-cracking Gilfoyle is played by Martin Starr.

The looks and the character sealed the deal for Travis. He also sent me this Gilfoyle highlight reel. After watching this, I hope the screenwriters for the Travis biopic work in the word chortle. 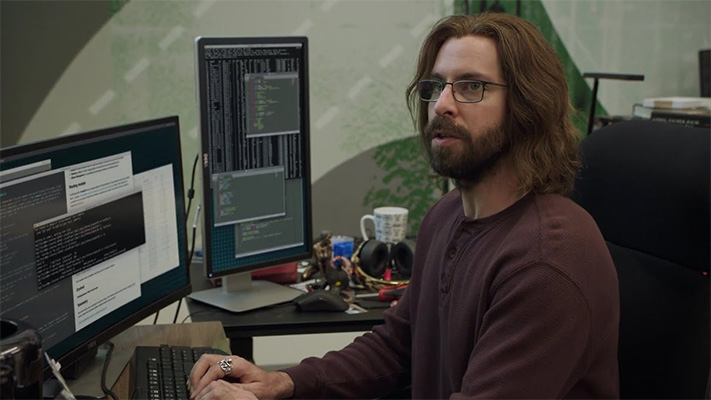 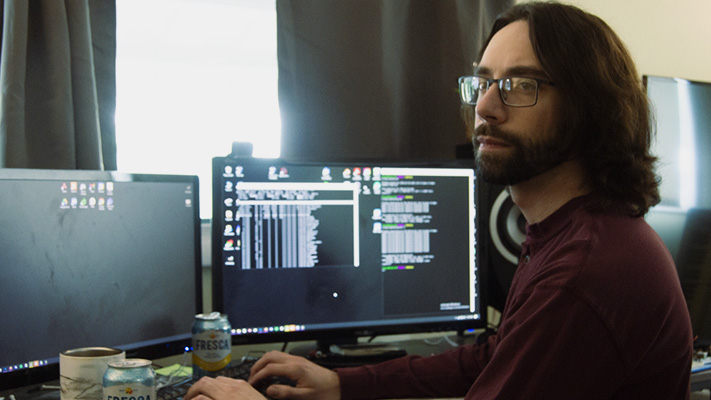 “I’ve been told that I look like an amateur artist tried to draw David Boreanaz from memory,” Alex said. “It’s the closest thing to a compliment that I’ve ever received, and I’ll take it. If I’m ‘Dollar Tree David Boreanaz,’ that’s not a bad bargain.”

Whether or not Alex looks like a shady composite sketch of Angel or a bargain basement Boreanaz, is besides the point. It’s a strong casting choice, especially if the story devolves into a crime procedural (shout out Bones). 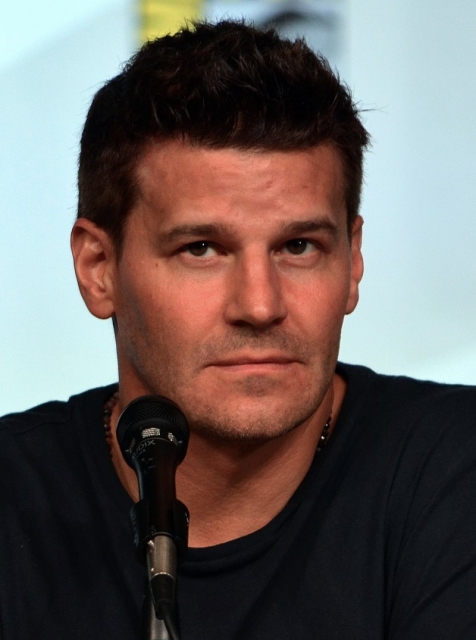 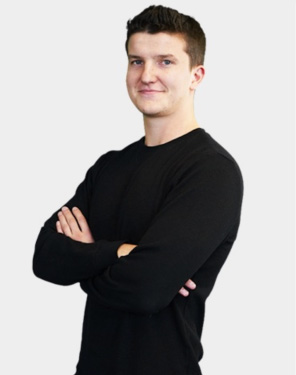 Picking a celebrity to play you in a movie isn’t an easy task. In the case of Camaryn Lokuta, Operations and Business Development Manager, a few of us oscillated between Miranda Cosgrove and Mila Kunis.

Ultimately, the grownup iCarly star would get the role. Look at that side-by-side! 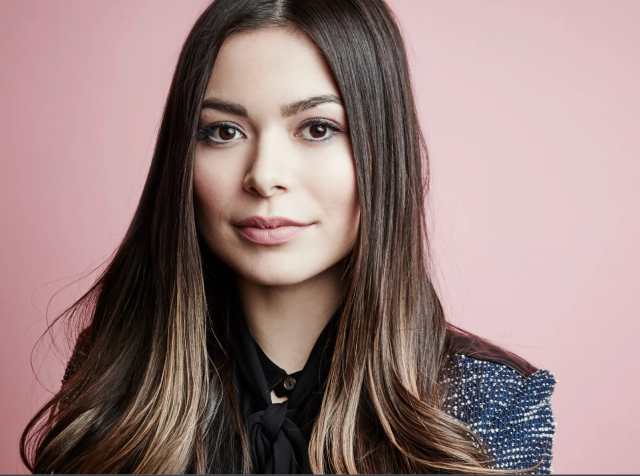 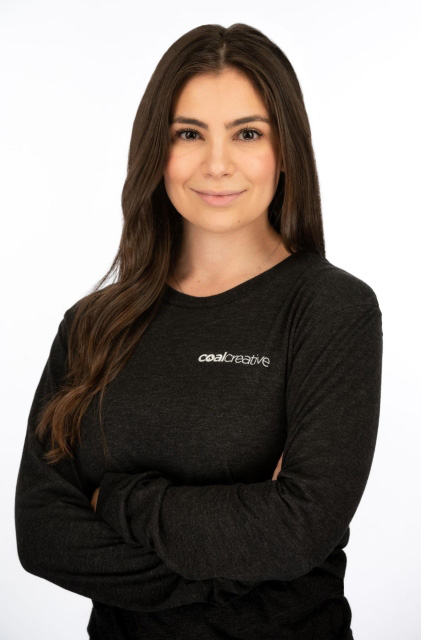 While Camaryn was a little iffy on who would play her in a movie, Social Media Specialist Jesse Macko was ultra specific. The star of The Jesse Macko Story will be

Freddie Prinze Jr., specifically from his role as Fred Jones in the 2002 live-action Scooby-Doo film. 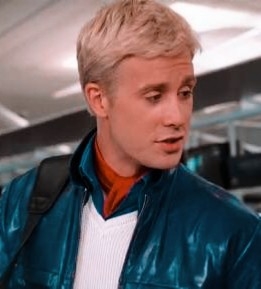 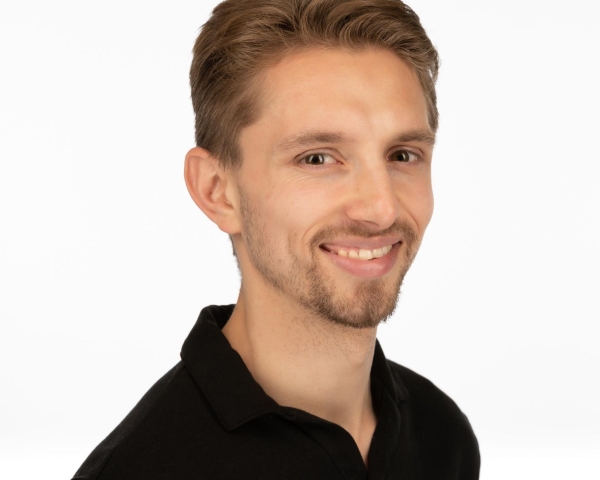 “I think we share — in addition to a large proboscis, a lot of the same values — we both put family first, we are both creative cats, we both create inventions from within a windmill, we both use the power of song and dance to free the children from the child catcher,” said Sam. “You get the picture.”

I guess so. Either way, here’s a picture. 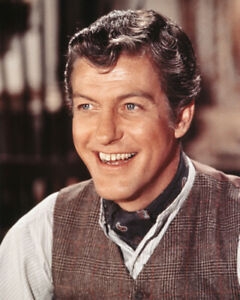 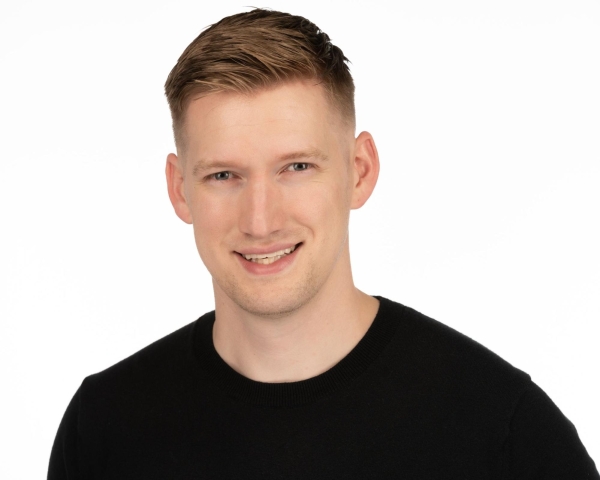 “If someone were to make a movie about my life, I’d like Melissa Fumero to play me,” said Samantha Bucher, Content Director. “I’m basically Amy Santiago from Brooklyn Nine-Nine — minus the dog allergy — so she’d pretty much nail it.”

No word yet on which celebrity dogs will star alongside Melissa, but I hear the dog who played Air Bud really wants a role. 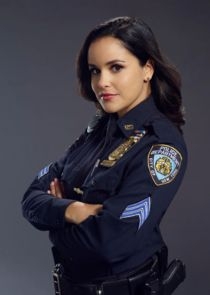 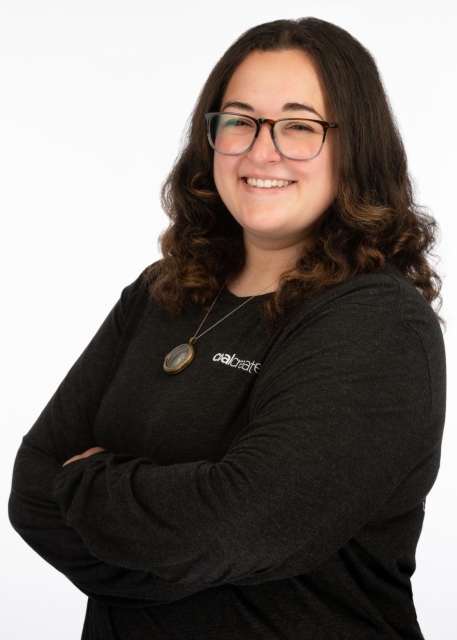 Our Director of Strategic Communications Jon O’Connell wins the side-by-side photo contest. I appreciate the profile comparison between Jon and Adrien Brody. Here’s what Jon had to say about the casting.

“He’s a little taller than me, but we both have long, hooked noses, great hair and piercing green eyes. On the topic of looks, we both have asymmetrical faces and tremendous physical strength masked by frail-looking skeletons,” Jon said. “He tends to play quiet and brooding characters and I think that’s how I’d like the world to memorialize me.”

“The more likely scenario, I think, is that Hollywood will ask me to play Adrien in a movie about him, so it’d be the other way around.”

Jon can play the piano, so this casting flip might just work! 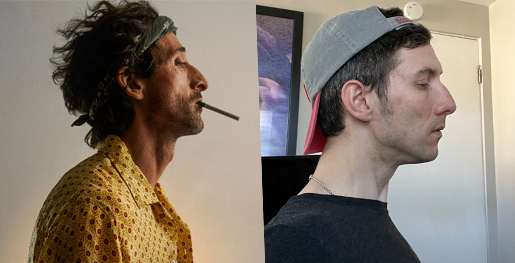 Jay Nguyen is a CGI Mouse

Let’s hand the controls over to Video Specialist Jay Nguyen to land this plane.

“I’d want Stuart Little to play me in a movie about my life,” Jay said.

“This is simply an excuse to make a fourth Stuart Little film,” Jay added.

I too would like to see another Stuart Little film, but this is a blog about biopics. Coming to a theater near you, the story of Jay Nguyen as told by a mouse voiced by Michael J. Fox. 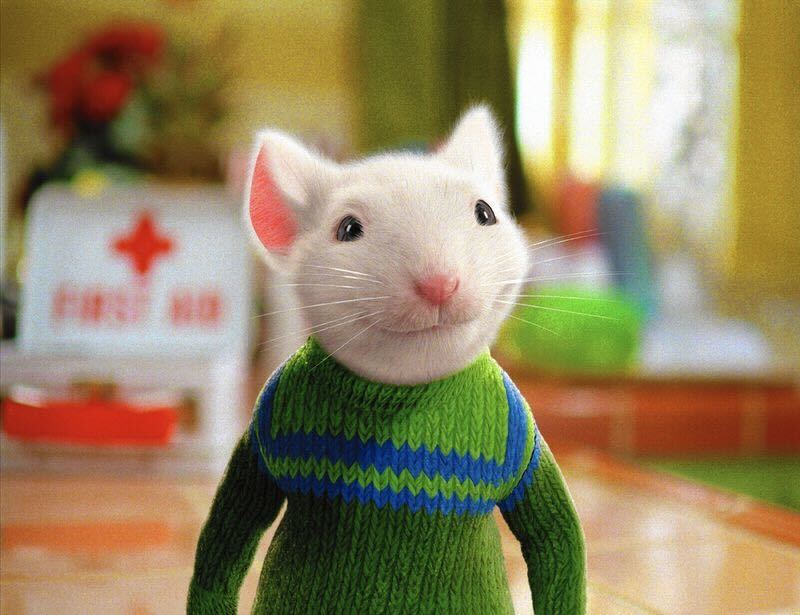 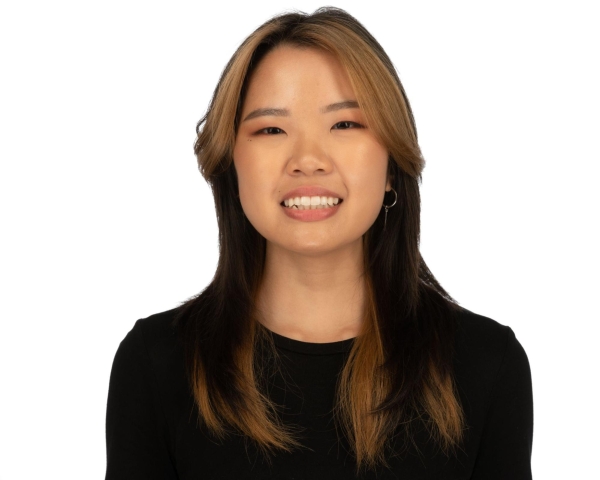 Who would play you in a movie about your life? Tell us in the comments and remember … stay Coal!