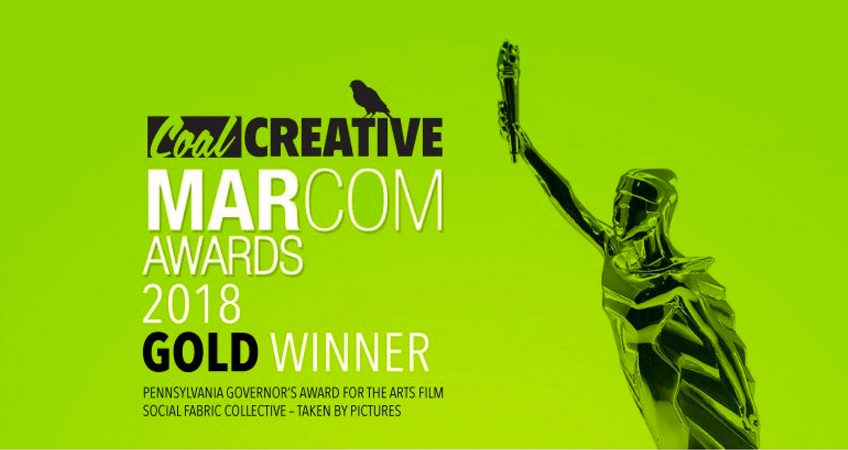 We have some exciting news! We found out we were selected as GOLD Winners for the Annual MarCom Marketing and Communications Awards in TWO different categories!

MarCom Awards honors excellence in marketing and communication while recognizing the creativity, hard work and generosity of industry professionals. Since its inception in 2004, about 6,000 print and digital entries are submitted annually from dozens of countries around the world. MarCom is administered by the Association of Marketing and Communication Professionals (AMCP), which – founded in 1995 – consists of several thousand marketing, communication, advertising, public relations, digital and web professionals.

The first winning project was done by our Lead Video Producer, Sam O’Connell. The “Social Fabric Collective” project was a mini-documentary completed for a non-profit that provides equipment and education to high school students interested in photography. We asked Sam what exactly this project meant to him in terms of both effort and achievement and he said, “Collaborating with Jamie was a special experience. Not only because he had a clear vision of the story he was trying to tell, but also because I was largely unaware of the work he was doing in teaching photography to the youth in our area. It was incredibly rewarding.”

The second project, which won in the “Government” category was our “2018 Pennsylvania Governor’s Award for the Arts” Film created by our Video Producer, Will McHale. This 45-minute documentary-style film highlighted the importance and impact of the arts throughout all 67 counties in the state of Pennsylvania through physical art spaces, art education, and community art programs and events. When we asked about the process, Will told us, “This was the largest project as far as scope and run-time that CoalCreative, or myself for that matter, have ever been a part of. We had only a few months to script, write, schedule, conduct interviews, shoot, animate, edit, and present the film. The project challenged us to step outside of our comfort zone and really pour all of our collective focus, skill, and imagination into its creation.”

As far as being MARCOM Award Recipients, Will and Sam agreed that, “Being able to present the film in tandem with the prestigious 2018 Governor’s Awards for the Arts was rewarding in itself, to say the least, but having our work externally recognized and awarded by MARCOM is truly an honor and makes the whole process that much more fulfilling.”