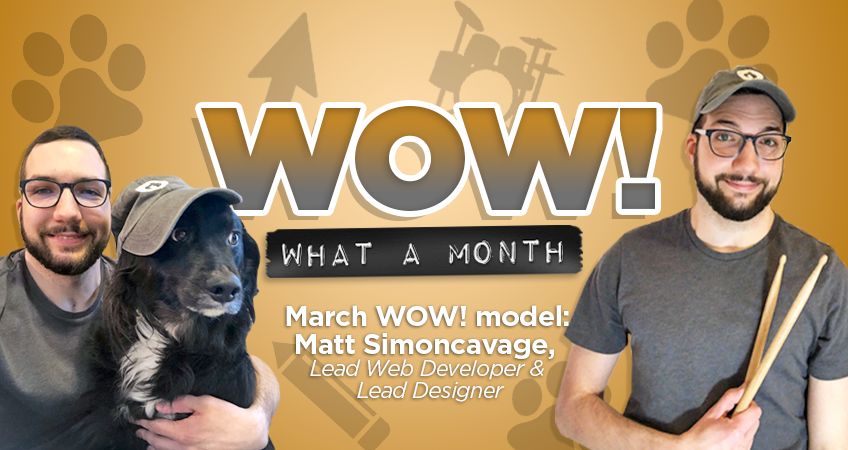 “It was such an inspirational day filled with so much fun!” said our Business Development Manager, Camaryn Lokuta. “After a year filled with more Zoom meetings than I care to count, I wasn’t sure what to expect from this virtual conference – but I was extremely surprised by how engaging and interactive they were able to make it.”

March was also a big month of recognition for Coal Creative! We were the recipients of an AAF NEPA Silver Award for our pro-bono production of the Wilkes-Barre Census video (check out the video here). Coal Creative was also awarded for Best Practices in Community Involvement at this year’s SAGE awards presented by the Greater Scranton Chamber of Commerce. We are fueled by the communities we work in and serve every day, so to receive this award is truly an honor! Finally, Times Leader Media Group named Coal Creative Best Ad Agency and Best in Video Production for its Best of the Best Awards – based on your votes!

Professional development and awards were only the base layer of another exciting month at Coal Creative though!

Throughout the month, Coal Creative helped produce several podcasts through our collaboration with Studio 16 South. Keystone Mission (a fellow SAGE Award winner) created another inspiring podcast about people affected by homelessness – check out their podcast episodes here. Another one of our local favorites, Eleventh Element, put out their next podcast episode where they discussed the benefits of salt therapy.

We also kicked off planning virtual and hybrid events with a few of our local community collaborators:

To keep the month rolling, our web team continued to stay hard at work creating websites for various recipients of the NEPA Alliance Get Connected Program! Our Web Developer, Travis Antoniello shared, “It was a good feeling to help these businesses adapt to the conditions of the pandemic, helping them modernize in the process,” Travis said. Check out one of Travis’ favorite websites he developed here!

Our Lead Web Developer and Designer, Matt Simoncavage said, “These sites were each so different due to the diversity of the businesses we worked with. Jumping from a restaurant to a hair salon and then from a portrait artist to a self defense trainer was really fun and kept the whole process fresh.”

Finally, our CEO and Creative Director dedicated their time to putting together the 31 Days of Women in Power campaign, an initiative by Dress for Success Luzerne County and the Greater Wyoming Valley Chamber Women’s Network.

“While I’ve never been “not in” when Holly is on a mission, or has an idea — I knew this was going to be something that would be important to so many people in our community. So when Holly came to me with the framework of what would become 31 Days of Women in Power —  I was immediately in,” said our Creative Director, Samuel O’Connell.

“We started by designing a logo. Something simple and bold that tied into the Dress For Success brand, while remaining unique to this campaign. Something that potentially could be used for years to come.”

“After we had the look and feel for the campaign, it was as simple as featuring dozens of incredible women across no less than 50 social posts, email blasts, newspaper ads and other campaign materials.”

Sam noted, “Joking aside, the amount of detail and prep that Holly and the committee put into this campaign not only shows in the staggering amount raised for the organization, it made my job of infusing some life into the campaign simple and fun.”

The women of Coal Creative were featured on Day 17 – check it out here!

[…and take a breath!] Wow, what a (rewarding) month it has been!

Until next time, stay Coal.