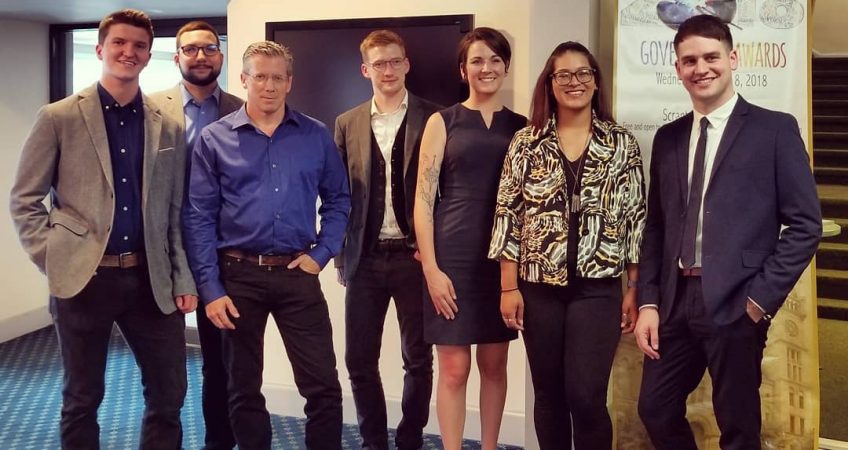 Happy Monday everyone! We’ve had a busy first two weeks of August, so we’re just now getting a chance to reflect on them!

The director of Career Services at Penn State Wilkes-Barre, Maureen Ciliberto asked Jess and Barry to send shorts videos of themselves, because they were unable to attend the event. In Maureen’s words, Jess was a star intern from Fall 2018 and Barry is the President of the Student Government at Penn State and all around a great student.

Holly participated in the Love Your Selfie event to benefit Brandon’s Forever Home, an organization based out of Hazleton, PA that works to raise awareness about children in foster care who need permanent homes. She spoke about social media use to teens between the ages of 14 and 19.

We finally debuted our 2018 PA Governor’s Awards for the Arts film at the Ritz in Scranton. This past Wednesday was the awards ceremony at the Scranton Cultural Center during which we showed the video again at the reception following.

On Monday, we wrapped up a video shoot with Robert Graham for Riggs Asset Management. The interns did some filming of their own that same day for their video project at Ricketts Glenn! We cannot wait to show you guys the video very soon!

Wednesday brought another video shoot for the Greater Pittston Chamber of Commerce.

This past week, we had the opportunity to treat ourselves a couple of times! Monday was national root beer float day, so we took advantage of that. 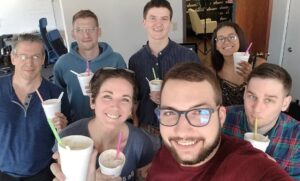 Holly and Jess also put together a beautiful brunch spread on Friday complete with made to order pancakes, waffles, bacon, etc. 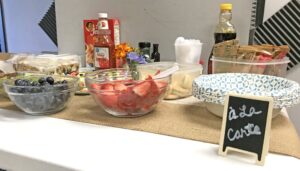 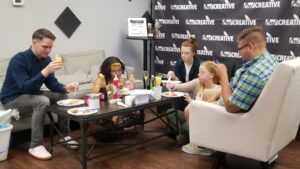 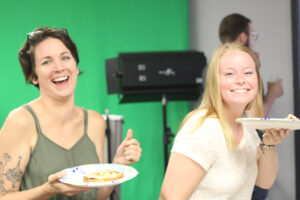 Thank you for keeping up with us and we hope you have a great week!