Wow, What a Week! | Rockin’ The River Kicks Off

Hello again! I hope everyone is having a great July and enjoying the summer heat. Here’s to fill you in on what’s been happening at Coal.

We started out the week with a huge accomplishment for our Creative Director, Sam O’Connell. He was nominated as videographer of the year at the Steamtown Music Awards for his work within our local music scene. We are so proud of you Sam! 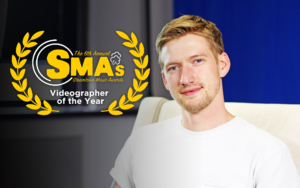 On Tuesday, the Interns had their first shoot for their Intern Video Project. They made their way to the Back Mountain to get some footage at Hillside Farms, Dino’s Italian Bistro, and Francis Slocum State Park. If you haven’t guessed it, their video will be highlighting the abundance of pizza and ice cream shops in NEPA, but.. with a twist. We can’t wait to see the finished product. Keep your eyes out for it!

On Wednesday and Friday, our video production team was at the Downs at Mohegan Sun filming a few more horse trainers for a series with Pennsylvania Harness Horsemen’s Association. They will be featured in the second episode of the Passion and Purpose Video Series. Be sure to keep a look out for it!

Then later in the week, Holly and Sam headed out to Ardmore, Pa for a new client meeting with Salon Ziza and Salon Thalia.

And what a better way to end the week than to blow off some steam at a concert! Friday was “Rockin’ the River‘s” kickoff along the riverfront in Wilkes-Barre. Coal Creative is so thrilled to be involved with the marketing of this new concert series that is bringing the community together! This week, we got to enjoy Yellow Brick Road – an Elton John tribute band. Check out the incredible turnout! We hope to see you all there for the next two family-friendly FREE concerts happening on July 19th and July 26th.

Thanks for keeping up with us! Be on the lookout for our next blog post.