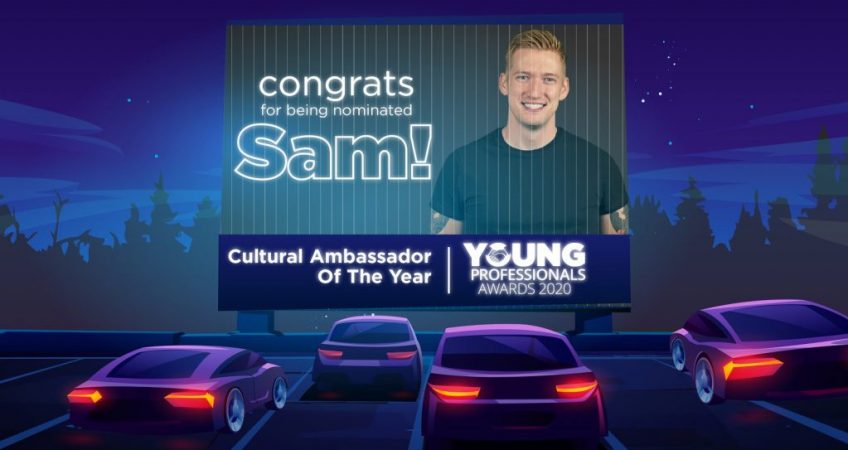 Here at Coal Creative, it’s always a proud moment when one of our team members is recognized in the community. This time, we’re proud to announce that Samuel O’Connell, our Creative Director, has been nominated for Cultural Ambassador of the Year at the 5th Annual 2020 Young Professionals Awards! If that isn’t exciting enough, Coal Creative has the honor of presenting the event this year!

“I’ve always wanted to make films and be creative, and I’ve always been told that our area, the valley and beyond does not foster creativity and that I would have to go elsewhere to be creative,” Sam shares. In response to combat this generalized belief, Sam co-founded NEPA Creative in 2019 along with Coal Creative CEO Holly K. Pilcavage. Sam describes NEPA Creative as “a platform, both digital and in-person, that allows creatives in our area to connect, network, inspire each other and share opportunities.”

As a Coal Creative team member, Sam embodies everything we stand for, and his love and appreciation for the NEPA region shines through everything he does. “Through co-founding NEPA Creative with Holly, collaborating with local businesses to share their stories in my role at Coal Creative, and continuously producing and supporting films, music and other forms of art, I have found we have a deeply artistic and culturally rich region that is eager to support the artists within it,” he says.

When it comes to receiving a nomination for a Young Professionals Award, Sam couldn’t be more honored. “With the arts being such an important part of culture, in our area and beyond, I am really flattered to even be in the conversation.”

Nominated alongside Sam are A.J. Jump of Karl Hall and Dan Pittman of Act Out Theatre Group. Coal Creative would like to wish Sam and his fellow nominees good luck. We’ll be there cheering you all on!